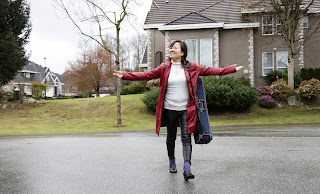 On to more serious things again, such as the Middle East eternal crisis. Here we have strife and violence since the Bible existed. I do not think this tragedy will ever stop. It seems that every time we have something precious or sacred, every insecure person will fight for its ownership or at least closeness to it. The very fanatical actions they take indeed are glaring proofs that they are the furthest from the precious or sacred. It reminds me of the words of wisdom, "you only have something when you no longer need it." And that is true of respect as well.
Posted by Anne Shih at 08:04 No comments: